During the 2012 Comic-Con International in San Diego, Hallmark gave a sneak peek of three new Star Trek Keepsake Ornaments that will be released in 2013. Among the three Hallmark Keepsake Ornaments previewed, it is pretty safe to say that the most anticipated ornament will be the Star Trek Legends #4 ornament, Chief Engineer Montgomery Scott, as Star Trek Hallmark ornament collectors have been almost begging Hallmark for years to recognize the miracle worker of the NCC-1701. So, with no further a due, here is the sneak peak of the 2013 Hallmark Star Trek ornaments. 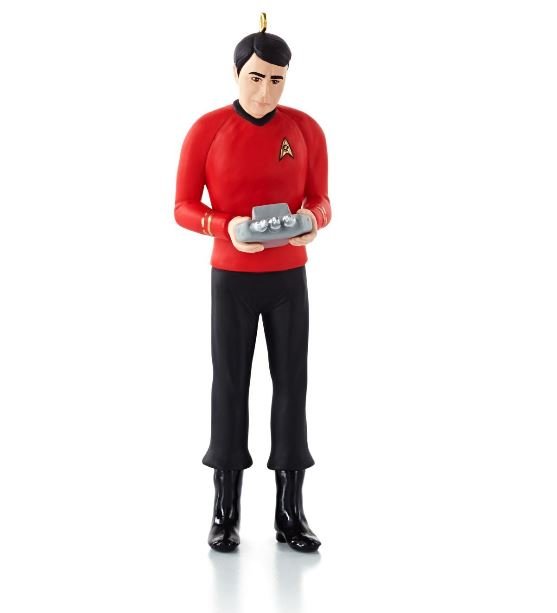 “Arena” – The Gorn captain and Captain Kirk battle it out in this upcoming ornament that also features the epic sound and music from their iconic TOS battle scene. 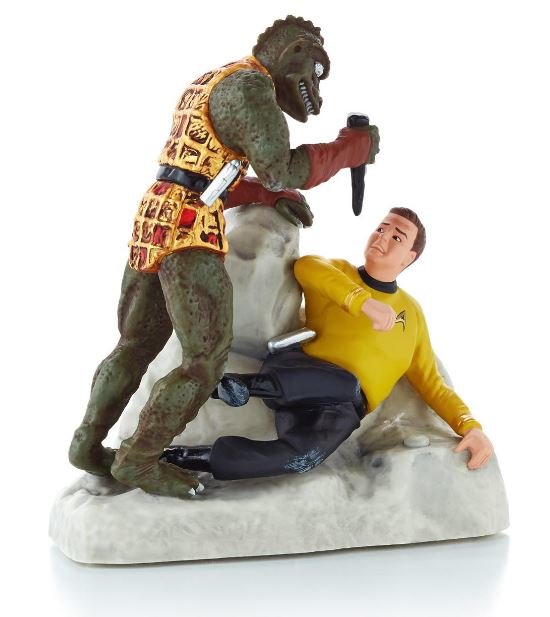 U.S.S. Kelvin – The doomed starship from the 2009 feature film, Star Trek, was captained Lieutenant Commander George Kirk (James T. Kirk’s father) during her last moments before being destroyed by Romulans from the future. It will become the newest addition to the unofficial Star Trek ships Hallmark Ornament series. The ornament will have battery-powered lights, just as most of the other recent Star Trek ships. 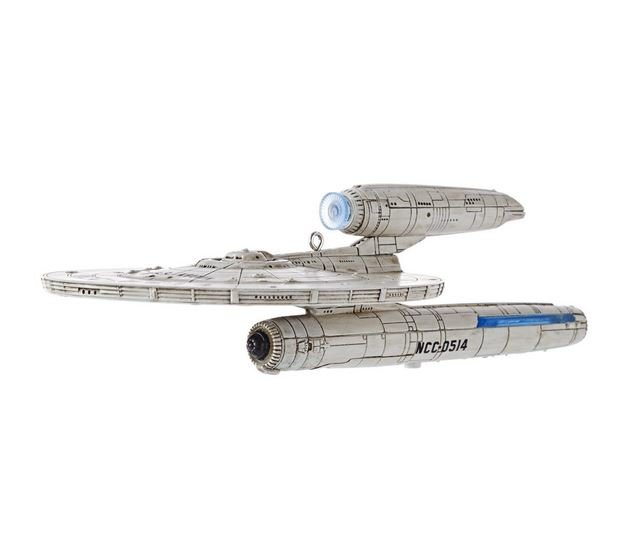 In July 2013, if you are interested in purchasing these ornaments, they will be available at www.hallmarkornaments.com. If you are interested in buying any of the 2012 Hallmark Star Trek ornaments, or any of the other Hallmark ornaments from the Star Trek series, be sure to go to https://www.hallmarkornaments.com/Star-Trek_c_204.html for the best selection and some of the lowest prices online.