As I am sure many collectors have heard by now, the licensing agreement between Mattel and Hallmark expires at the end of 2012 (Note: thankfully it was restored in 2015), and so many popular Hallmark Ornament series, such as Barbie, Fisher Price, Hot Wheels, and G.I. Joe will come to an end this year. We have spoken to quite a few Barbie ornament collectors, and needless to say, they are very disappointed. However, I don’t believe that the true impact of this news will be felt until the 2013 Dream Book is released and collectors see the gaping hole left in the 2013 Hallmark ornament collection by the absence of Barbie. Although many of the Mattel ornaments have been very popular over the years, especially the Fisher Price ornaments, which began with the 2007 Play Family Farm and 2007 See N Say ornaments, the ornaments that will be missed most by Hallmark ornament collectors will the long running Barbie Hallmark ornament series. In fact, since 1993, Hallmark has produced over 200 different Barbie ornaments! 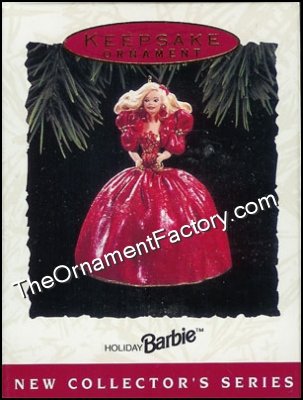 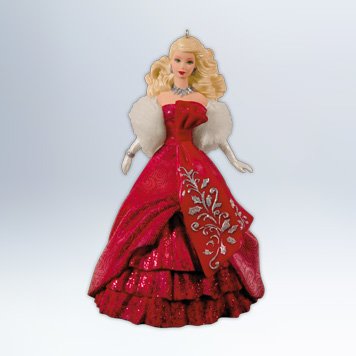 Many avid and loyal Hallmark ornament collectors are very disappointed to see the Barbie ornament series come to an end, especially so suddenly. Hopefully, at some point in the future, Hallmark and Mattel may be able to work out some sort of deal that would allow Hallmark to continue producing ornaments, if not with all of Mattel’s properties, then maybe only Barbie ornaments. (Note: as we were hopeful, Hallmark and Mattel were able to renew their licensing agreement in 2015). I am anticipating quite an uproar from Hallmark Ornament collectors at some point in the future. Maybe not this year, but when the 2013 Dream Book seems to be missing a couple pages of 2013 Hallmark Ornaments that would normally be filled with the latest Barbie treasures and additions for their Christmas trees, I would anticipate quite a few letters and phone calls will be made by all of those that will feel that part of Christmas is missing. Here is hoping that something can be done in the near future to bring Barbie back to our Christmas trees with only the quality that Hallmark can provide. Until then, next year may be a good time to fill in any missing pieces that you may have in your Barbie collection. Here is a link to all of the Barbie ornaments that are available at The Ornament Factory (www.hallmarkornaments.com).

Until next time, happy collecting!