With the big announcement of the Movie Toy Story 4 coming out in June 2019, let talk about the Toy Story Hallmark Keepsake Ornaments. The Toy Story series has been a very popular one for Hallmark and Disney.

To Infinity and Beyond….

Buzz Lightyear is flying into the holidays and is learning about the “strange planet” of Andy’s bedroom. Remember Buzz’s mantra? “To infinity and beyond!” This Hallmark Ornament, 1998 Buzz Lightyear, captured Buzz flying with his look of determination. 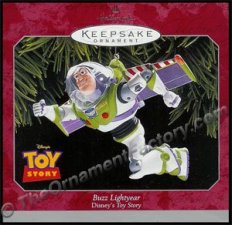 The brave Buzz Lightyear is always there to save the day! Buzz tries to communicate with Star Command using the communicator on his wrist. The 2002 Buzz Lightyear, Hallmark ornament has Buzz saying three different saying from the Disney movie Toy Story 2. 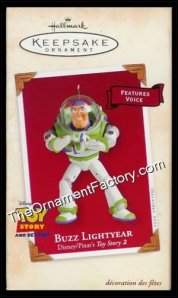 Check out this 1998 Woody the Sheriff! Woody has a gold sheriff star and a yellow and orange plaid shirt. Woody is one of the several Hallmark Ornaments from the Disney movie, Toy Story. 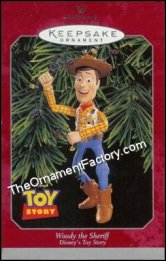 Woody and his trusty sidekick Bullseye are featured in this Hallmark Keepsake Ornament ornament inside of the sheriff’s star called Woody’s Roundup from 1999. 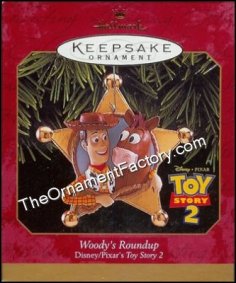 You’ve Got a Friend in Me…. 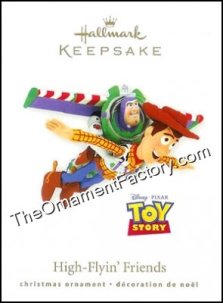 The big announcement of the new Toy Story movie coming out next summer has all of us elves excited! We love watching all of the Toy Story movies. Brandon the Elf was just saying that we needed to have a movie night and watch the first three Toy Story movies to help refresh our memories. What a great idea! He sure is one smart elf!

The elves and I are trying to decide what to make for dinner tonight. I have a feeling Ill end up making a meatloaf with noodles and baked potatoes. What are you all making for dinner tonight? I would love to get some new ideas for dinners.

Wishing you a great rest of your day!