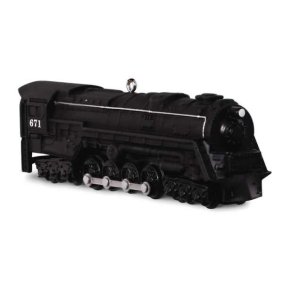 The newest addition and the 23rd train in the series is the Lionel 2245P Texas Special Locomotive. This ornaments has wheels that move. The read and silver locomotive will be a stand out on your tree with the other Lionel Train Hallmark Ornaments. 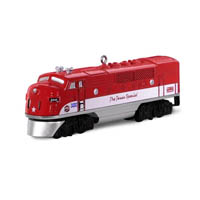 The first in the Lionel Series came in 1996 called 700E Hudson Steam Locomotive. This Keepsake Ornament series features popular LIONEL locomotives and leads off with the highly collectible 700E Hudson. The first die-cast engine of its kind, it was manufactured in O-gauge in 1937. A favorite of company founder Joshua Lionel Cowen, it was offered again in 1990. The number 5344 was given to the real-life Hudson by its builder, the New York Central Railroad. 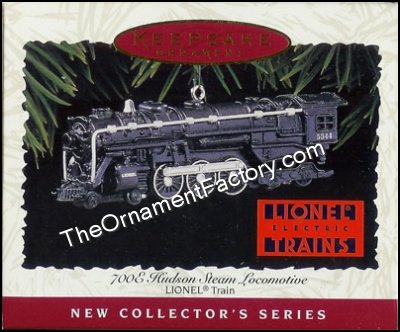 As a child I have wonderful memories of playing with trains. Seeing these Hallmark Keepsake Ornaments makes me feel like a kid again. I have one entire tree full of just train Hallmark Ornaments.

It is time to get back to The Ornament Factory and get some more work done. You can see the Lionel Train Hallmark Ornament series and all the others at http://www.hallmarkornaments.com . Have a wonderful Thursday!